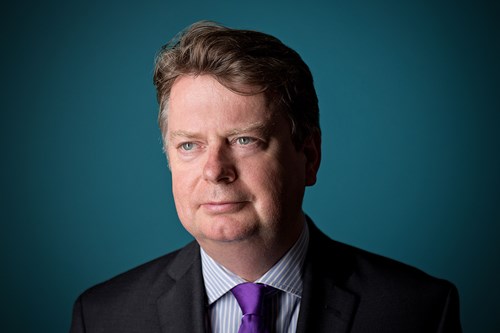 My first couple of months have been frantically busy.  After taking over from Cheryl Hepfer in Budapest on 13thSeptember, we have been more than active with the help of many fantastic IAML fellows.

24th to 26th September 2014 was the European Family Law Conference in Trier, a stunning Roman city in one of the main German wine growing regions.  There were 8 IAML fellows there and the organisers gave me a slot to fly the flag of IAML to tell the assembled crowd what we are all about.  This is fertile territory for recruitment of mainland European family lawyers really interested in the intellectual aspects of family law.  It can be complicated stuff!

The Charles Russell partners insisted on giving me a party for what they described as my “coronation” on Wednesday 1st October 2014 and all IAML fellows together with many other lawyers were invited.   We had a good crowd of about 150 people, including many other halves whom I have got to know so well over the years.

It was a struggle to get up at 5am the following day to catch a flight to Sicily to do our second recce for the September 2015 IAML AGM.   Dorothea and I spent pretty much the whole time with our agent, Tobias, and flew back on the morning of Sunday 5th October.

After a 2½ hour turnaround time on Sunday 5th October, I flew out to the Australian Family Law Conference in Sydney.   I had been on one of these bi-annual conferences before and I knew it would be great – and it was.  Former IAML President and mover and shaker Ian Kennedy had organised a lunch for more than 20 Australian IAML fellows on Tuesday 7th October (the day I arrived!) and it was great to see so many old friends and to  meet a number of new people.

I had ample opportunity to publicise IAML during the course of the conference and gave a particularly good plug in my speaking slot where I was talking on “the Perils of Running a Law firm in the age of Generation Y”.   I met some seriously impressive people over the four days I was there and, in many ways, Australia leads the way, certainly among the common law jurisdictions, on family law issues.

Finally back in the UK on the morning of Monday 13th October, I found it difficult to keep my eyes open on the first day in the office but was soon able to catch up and concentrate on the vital task of planning future IAML events (including the IAML/Society of Trust and Estate Practitioners joint event on Monday 1stDecember 2014 in London) and continuing with the task of doing a major overhaul of the IAML committees.

On Tuesday 4th November at the Royal Courts of Justice International Committee meeting (of which there are 10 IAML fellows as members) it was agreed that IAML could have a regular slot to update our activities.

The following day, 5th November, I was off to Chicago for my 5th (or possibly 6th) American Academy of Matrimonial Lawyers conference where I always enjoy seeing my old friends.   As the only Brit there, I was so lucky to be looked after incredibly well, to be invited for dinners and even took part in the panel session on relocation on the Saturday morning chaired by our own treasurer, Tom Sasser from Florida.

Planning is well under way for the Surrogacy Symposium in London in May. Nancy Berg has been gathering speakers, all of whom seem hugely enthusiastic. The idea came from the surrogacy symposium that was planned for Israel but did not happen when the Jerusalem meeting was cancelled. Watch this space for more information about that symposium which is designed as a focus for discussions surrounding surrogacy issues and will we are confident raise our profile within the surrogacy arena.

Cheryl Hepfer has also been planning, with the help of Israeli fellows Dov Frimer and Ed Freedman, a trip to the Israel Family Law conference in Eilat in early January. A group of us will be going out to Jerusalem on Sunday 4th January, flying to Eilat on 6th January, joining the delegates on a tour to Petra on 7thJanuary and providing 2 panel sessions at the conference on 8th January, followed by a reception for the delegates hosted by IAML. More details to follow! Contact Donna if you are interested in taking part: you would be very welcome. The conference is in Hebrew but our 2 sessions will not be and there will be a tour of Jerusalem on Monday 5th and a tour of the Supreme court on Tuesday 6thto tempt you!