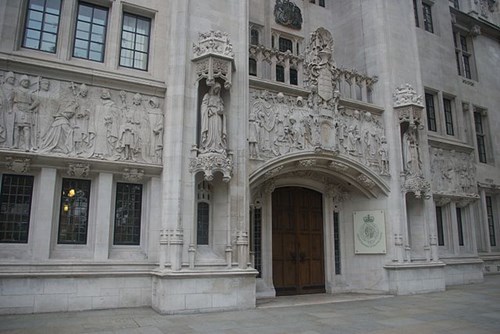 The IAFL were again given permission to intervene in the UK Supreme Court. The decision In the matter of NY (A Child) was handed down by the Supreme Court this week and can be read here. It follows the intervention by the IAFL in 2015 in the UK Supreme Court case, In the Matter of AR, (Children) (Scotland) UKSC 2015/0048. Both matters related to the application of The Hague Convention on the Civil Aspects of International Child Abduction 1980. In the matter of NY (A Child) the Court considered the application of Article 18 of the Convention and the inherent jurisdiction of the court.

On an incredibly short timescale, fellow Ed Freedman from Israel, who is chair of our Amicus Committee, worked closely with fellow Tim Scott QC from England & Wales. In less than two weeks Tim prepared an application to the Court to intervene, and then the submissions to the Court. Those submissions incorporated contributions from a remarkable nineteen other fellows from across the world. The submissions, which have been redacted, are available here.

Intervention in this matter could not have been undertaken without the incredible generosity of the IAFL fellows and their colleagues, who all acted pro bono. Mention needs to be made of the work of John West, who works with one of our fellows in Scotland, who assisted Tim Scott QC with the collation and formatting of the contributions and liaison with the Court.

The fellows, and their colleagues, who gave their time and expertise, were:

The IAFL was formed in 1986 to improve the practice of law and the administration of justice in the area of divorce and family law throughout the world. There are now over 860 Fellows in 60 countries, each of whom is recognised by the bench and bar in his or her country as an experienced and skilled family law practitioner with specific expertise in international matters.

Increasingly the work of the IAFL has involved contributing to legal reform concerning international family law related matters. The IAFL have participated as Observer at the seven Special Commissions on the Implementation of The Hague Convention on the Civil Aspects of International Child Abduction held every four years in The Hague and the six Expert’s Group meetings on a potential Hague Convention on Parentage and Surrogacy. In addition the IAFL have been given permission to intervene in the UK Supreme Court, have filed amicus curiae briefs in the US Supreme Court and the Cour de Cassation, the Supreme Court of France.