Family Law is an essential guide that enables you to make quick comparisons between 56 international jurisdictions worldwide. It includes contributions from expert international family lawyers, many of whom are IAFL Fellows. 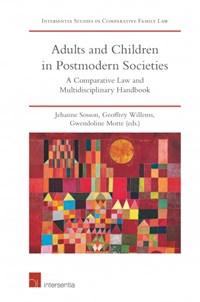 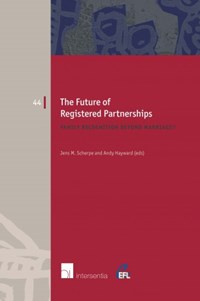 The Future of Registered Partnerships 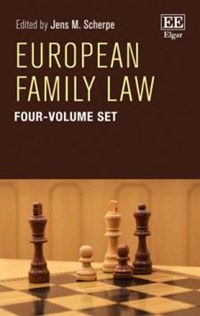 This definitive work, published in four-volumes, maps the emerging European family law. The chapters draw on a wide range of topics, such as: marriage, divorce, cohabitation, same-sex relationships, the financial consequence of divorce, adoption, parentage and surrogacy, parental responsibility, the child’s welfare, and law concerning older people. Through its stimulating comparative analysis and comprehensive coverage of the topic, this set of books is intended to serve as a major resource for all scholars, practitioners and students interested in family law. 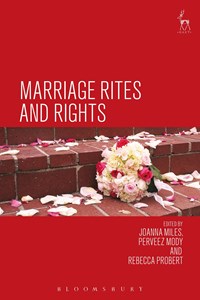 Recent years have seen extensive discussion about the continuing retreat from marriage, the increasing demand for the right to marry from previously excluded groups, and the need to protect those who do not wish to marry from being forced to do so. At the same time, weddings are big business, couples are spending more than ever before on getting married, and marriage ceremonies are increasingly elaborate. It is therefore timely to reflect on the rites of marriage, as well as the right to marry (or not to marry), and the relationship between them... 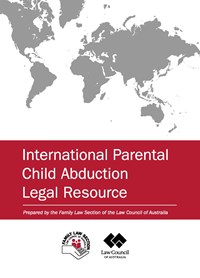 Prepared by the Family Law Section of the Law Council of Australia. July 2015

This resource brings together a comprehensive collection of helpful and practical information which will enable legal practitioners to assist their clients to navigate all aspects of the issues which accompany international parental child abduction proceedings. Prenuptial Agreements and the Presumption of Free Choice

This book provides an alternative perspective on an issue fraught with difficulty ... the enforcement of prenuptial agreements. Such agreements are enforced because the law acknowledges the rights of spouses and civil partners to make autonomous decisions about the division of their property on divorce. Yet this book demonstrates that, in the attempt to promote autonomy, other issues such as imbalance of power between the parties become obscured. 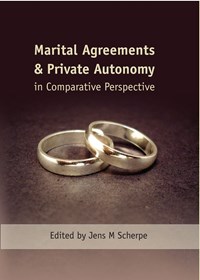 This book deals with a subject that has recently been the focus of debate and law reform in many jurisdictions: how much scope should spouses have to conclude agreements concerning their financial affairs - and under what circumstances should such agreements be binding and enforceable? These marital agreements include pre-nuptial, post-nuptial and separation agreements. 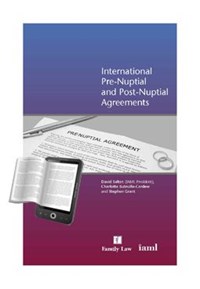 With contributions from a number of IAML Fellows, this work looks at the approach to international pre-nuptial agreements and also considers the thornier issues for couples involved in more than one jurisdiction. March 2011.