Statement in support of LGBTI Rights in Morocco and Internationally

Following the IAFL Annual Meeting in Marrakech, the IAFL has issued a statement in support of LGBTI Rights in Morocco and Internationally.

Restriction of US G-4 Visas to married persons

Forced Separation of Children and Parents on US Border

Support for LGBTI in India

At its AGM, IAFL approved a standing/legislative position against forced and child marriage, worldwide

20th May 2015: The IAML Surrogacy Symposium brought together leading professionals from 30 jurisdictions from around the world to exchange ideas and consider areas of potential agreement and development of the law

IAML President, Cheryl Hepfer comments on the incident in Pakistan where Farzana Parveen was stoned to death for marrying the man she loves

IAML President-Elect, William Longrigg comments on the introduction of Gay Marriage in the UK 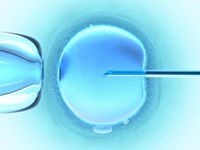 14th June 2013: A recent survey of IAML Fellows demostrates that legal issues are important for intended parents using assisted reproduction and surrogacy to build their families