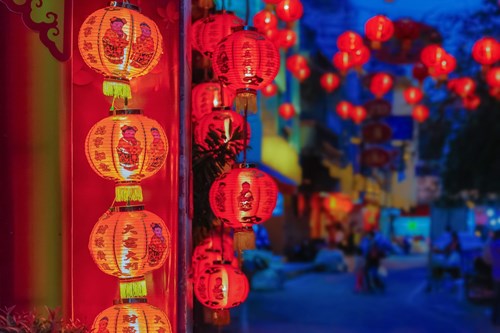 As those of you who were at the European Chapter conference in Lisbon will know, we are excited that there is soon to be an Asia Pacific Chapter. I wanted those of you who weren’t there to know a little more about how this has come about, the benefits that the Executive perceive for the fellowship as a whole, and the opportunities that we see that it will bring for you as fellows.

Perhaps the biggest challenge for the IAFL Executive Committee is development of leadership within the organization.  IAFL is unique to all other legal groups we might belong to due to the emphasis within our organization on collegiality, intellectual stimulation and cultural collaboration. Added to the challenges we face in fully developing leaders from across the globe are disparate time zones and lengthy and expensive travel.

We know leaders develop within their own chapters and in service to the Board of Governors and Executive Committee.  We have endeavored over the years to alternate the presidency between the chapters and the “rest of the world” group but this has become increasingly difficult in the recent past.  Fellows in the Asia/Pacific region have borne a substantial burden in having to attend meetings held largely in the west.

Discussions began in earnest in India at William Longrigg’s AGM in New Delhi in September 2016 (the possibility of an Asia Pacific Chapter has been debated in the past, on more than one occasion, by fellows in the region).  When the IAFL was founded in 1986 two chapters were created, USA and European.  Currently the European Chapter has 255 Fellows and the USA Chapter has 318 Fellows.  A Canadian Chapter was formed in 2004, when there were only 20 Fellows admitted from that jurisdiction.  Since the establishment of the Canadian Chapter, their membership has increased to 52 Fellows. There are 130 fellows from the rest of the world with no chapter affiliation.  Of the non-chapter fellows, 94 reside in the Asian-Pacific region.

After many conference calls during that fall and winter, it was determined that if there was sufficient support from the Asia Pacific region, IAFL leadership should do all it could to support the creation of an Asia/Pacific chapter.  We also knew that the development of a chapter would result in many opportunities and some challenges.  One of those challenges will be how and when the Asian/Pacific Chapter (A/P) conducts its meetings.  On February 17 and 18, 2017 members of the Executive Committee, myself, William Longrigg, Rachael Kelsey, Mia Reich-Sjögren and Tom Sasser traveled to Hong Kong to meet with 18 fellows from the Asia-Pacific region, graciously hosted by Sharon Ser at her Wither’s offices.  Representatives came from Australia, Hong Kong, China, India and Singapore.  Fellows from Japan and New Zealand also expressed an interest in attending, however they could not reschedule prior commitments. The meeting was very positive resulting in 25 separate petitions for the formation of such a chapter; our bylaws require 15. Soon the IAFL Board of Governors will hold an electronic vote on the petition to create the A/P Chapter.

The purpose of this blog is to give you some insight into some of the many alternatives we considered and our suggestions for how the A/P Chapter could conduct its meetings in conjunction with the rest of the IAFL.  There are multiple considerations, which must be balanced, including but not limited to, the need of the A/P Chapter to have regular meetings, the complications of having four distinct IAFL meetings per year and the physical and financial burden on the Executive Committee having to attend an additional meeting each year.

We considered many alternatives and models:

After weeks of various models being plotted out in complex charts going out to the year 2029, thanks to Tom Sasser, Rachael Kelsey and William Longrigg, we have a made a recommendation which can be found here.  The new meeting policy was approved by the executive committee in Lisbon. In summary, starting in 2020, there will be a fourth meeting each year. Our meetings will take place in February, May-June, September and early December, in rotation. Each of the Chapters (and the IAFL) therefore taking a turn to host so that every four years there will be a meeting for each Chapter, in each of the slots.

This will bring significant changes as to when meetings will occur and the terms of office, all of which are necessary to preserve that most sacred of goals that meetings occur in good weather at interesting locations.

A working group from the A/P chapter is being established, to be chaired by Australian Fellow Nigel Nicholls to finalize their bylaws, put in place a leadership structure and plan for the first meeting of Asia Pacific fellows which will take place to coincide with the IAFL AGM in Tokyo next year. Particular thanks to Geoff Wilson for the hard work he put into this project in anticipation of the meeting in February and to all the Fellows in the region (and elsewhere) for their enthusiasm and engagement.