Marital agreements and cross-border divorce: a view from Russia 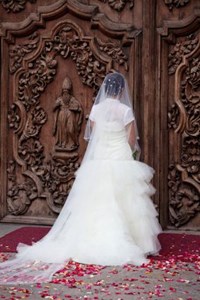 Pre-Nuptial Agreements in the Philippines

Following the referendum in Malta in May 2011, which should lead to the introduction of divorce to that country, the Philippines is now one of only two countries in the world where divorce is not possible, the other being Vatican City. Although nullity proceedings are common in the Philippines and there are provisions for the division of matrimonial property, the purpose of pre-nuptial agreements (PNA’s) there is to govern the property relations between the parties to the marriage, rather than for providing for what will happen if the marriage breaks down. PNA's, which are not commonly entered into by the general population, are generally seen where there is a significant disparity in the ages all wealth of the parties or where one has been married before and there is a wish to protect the children of the former marriage. Where there is a PNA it takes precedence in the determination of property relations between the spouses, who would otherwise be governed by the regime of absolute community of property provided under the Family Code. The PNA must be entered into voluntarily and can be set aside on the usual vitiating grounds of fraud, coercion, mistake etc. In order to be effective against third parties it must be notarised and recorded in the Registry of Property and in the local civil registry. It must be executed before the marriage. Full disclosure of the parties’ financial position is advisable. The agreement should cover all assets and properties. It can also include provision for apportionment of income’ inherited property’ pensions and other financial areas. There is severability of the clauses in a PNA, so that one clause being void will not negate the whole agreement. Where the whole agreement is found to be void, the parties will be governed by the regime of absolute community of property that would have applied had there been no PNA. The PNA will govern the law to be applied, but the laws of the Philippines cannot in any circumstances apply to property located outside the country. In conclusion, the law on PNA’s in the Philippines places a premium on the ability of the future spouses to determine their property relations within limits allowed by law. Unlike in many jurisdictions, however, PNA's are seen as a means of keeping the parties to a marriage together, not as a mechanism for division of property once they are apart.

The law governing marriage and divorce in Malaysia is contained primarily in the Law Reform (Marriage and Divorce) Act 1976. This statute provides for English law principles to be applied to matrimonial cases in the Malaysian courts. However, the Malaysian courts have noted that the adoption of English law needs to be balanced with a consideration of the differences between social and cultural aspirations with regards to marriage and divorce in England and Malaysia and that English decisions should be regarded as being persuasive rather than determinative. The 1976 Act does not contain an equivalent of section 25 of the English Matrimonial Causes Act 1973, which contains a checklist of factors to be taken into account when the court exercises its discretion in determining financial provision on divorce. The 1976 Act specifically differentiates between assets acquired by joint efforts and those acquired by the sole effort of one of the parties, something which section 25 does not, even though English case law has developed to allow the distinction to be made in appropriate cases. Accordingly, it is considered that the circumstances in which a Malaysian court would take account of a pre-nuptial agreement will be much more restricted than in England. Nevertheless, whilst the Malaysian courts may be slow to accept pre-nuptial agreements in their entirety, particularly as they are considered to be contrary to the prevailing Asian attitude in favour of the institution of marriage, where the marriage is very short and a wealth involved is very significant, such an agreement may assist the court in arriving at a fair determination of the intentions of the parties to the marriage with regards to the matrimonial assets.

Under Irish law pre-nuptial agreements (or ante-nuptial as they are called there) are not contractually enforceable. There are three main reasons for this. First, they are considered contrary to public policy as they contemplate the dissolution of a marriage. Secondly, there is a public policy interest in ensuring that on the breakdown of a marriage the spouses receive appropriate financial provision, to be determined by the court if they cannot agree it themselves. Finally, the parties to a marriage cannot oust the jurisdiction of the court. However, this does not mean that they are ignored. On the contrary, they can be highly relevant in both Judicial Separation and Divorce proceedings. Under the 1995 Family Law Act and 1996 Family Law (Divorce) Act, the court has to consider “all the circumstances of the case”. A pre-nuptial agreement falls to be considered under this head, but a number of factors have to be taken into account. These include the facts at the time of and surrounding the making of the agreement and also the circumstances prevailing when the application for financial relief is made. Key factors will be the duration of the marriage, disclosure, independent legal advice and whether there was any undue influence or inequality of bargaining power. Also, consideration will be given to whether the agreement was objectively fair at the time it was made, amounts to proper provision now and whether upholding it would cause hardship. Finally, the interests of any children must be protected. In summary, although pre-nuptial agreements remain contractually unenforceable they are becoming increasingly common and important in Ireland and the Irish government has recently indicated that it is looking at the possibility of legislation.

Intolerable Cruelty Down Under

The development of prenuptial agreements in Australia with a comparison to New Zealand.

Prenuptial agreements, sometimes also referred to as "antenuptial agreements" or "premarital agreements," are agreements between parties contemplating marriage that alter or confirm the legal rights and obligations that would otherwise arise under the laws governing marriages that end either through divorce or death. These agreements are fraught with controversy as to their appropriateness and their enforceability. Prenuptial agreements and the accompanying controversy are not unique to the United States. The purpose of this article is to give the non-American lawyer an overview of this rather complex area of American family law and estate planning, and also to highlight some of the common procedural and substantive requirements and issues currently in play in the United States today.