In M.A.A. v D.E.M.E., 2020 ONCA 486, the Ontario Court of Appeal weighed in on the interplay between a child’s rights to asylum under the Canadian Immigration and Refugee Protection Act and a child’s interest in being swiftly returned to their country of residence after being wrongfully removed under Ontario’s Children’s Law Reform Act. The Court of Appeal found that ordering the return of the children in this case to Kuwait prior to the determination of their refugee claim was in breach of the principle of non-refoulement, codified under s. 115 of the Immigration and Refugee Protection Act, which forbids a country from returning a refugee or an asylum seeker to a country in which they would likely be in danger of persecution.

An overview of selected cases involving children's rights brought to IACHR (Inter-American Court of Human Rights) and to ECHR (European Court of Human Rights) and the interplay, in those cases, with the United Nations 1989 Convention on the Rights of the Child. The selected cases demonstrate the differences in breadth of remedies available from the Teo courts and the contributions by both courts to the advancement of children's rights under their respective conventions.

The New Cold War: Russia's Ban on Adoptions by US Citizens

Russia’s many orphans have historically been adopted into American families in great numbers. A recent ban on such adoptions by Russia, however, leaves these children to grow up in the Russian orphanage system. This article proposes that the two countries focus on the welfare of these children with a bilateral Adoption Agreement and related implementing legislation.

Carolina informs us of the new legislation from the jurisdiction of Spain regulating a specific process for cases concerning Hague Convention 1980. For the first time, and following the trend in others EU State Members, Spain has opted for judicial concentration and therefore judicial specialism.

The United States as a Refuge State for Child Abductors

This article is a brief summary of the legislation known as “The Goldman Act,” signed into law in the United States on August 8, 2014. The Goldman Act amended U.S. law (the International Child Abduction Prevention and Return Act) in an attempt to better prevent wrongful parental abductions and to resolve existing cases with better and faster enforcement of the underlying statute. The analysis examines the strengths and weaknesses of the Goldman Act. 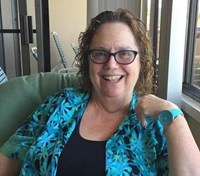 Dude I’m 14 Years Old and I’m Here to Address The Court.....Now what? California Prepares for Teenagers in Family Court

Fellow Leslie Shear uses California’s 2012 adoption of a scheme to expand the role of children’s voices in custody adjudication to discuss the different reasons for children’s participation, and the associated risks and benefits. 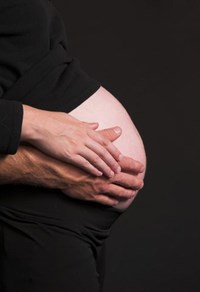 Current Family Law only requires and recognizes results of paternity tests once a child is born. Paternity tests are therefore not considered until the moment after birth when DNA can be taken from the blood of the umbilical cord without any risk to the child. In theory, there should be no limitations to conducting the test in the prenatal stage as the biotechnology to do so has been developed. However, as a result of the development of new techniques, legislation has diversified between countries, specifically in relation to the collection of samples and the optimum method of obtaining genetic information from an unborn child. The Human Genome Project has had a profound effect on the world of medicine and the study of human evolution far sooner that was anticipated, and its impact has been amplified by huge advances in biotechnology. As a result, genetic research is proving to be the discipline with the greatest potential to deliver considerable improvements in our quality of life. However, with this progress comes a growing social concern that the individual’s legal rights need to be redefined in respect of these scientific advancements. Predictive medicine and its clinical application may soon be a reality, with implications for Family Law. Like other disciplines, Family Law has the formidable task of having to predict the kinds of cases which will emerge in the future. Since the advancement of science is unstoppable, and new concepts are emerging all the time, ever more complex cases will appear within the framework of the law. These cases will require continual assessment so that both their ethical and legal consequences are fully evaluated. In the specific case of the development of techniques which allow an individual’s DNA to be analyzed before birth, a new sphere of practice is being defined which could impact on certain cases in Family Law. The applications, usefulness, limitations and legality of this practice need to be debated in forums where members are appropriately multi-disciplined, professional and experienced.