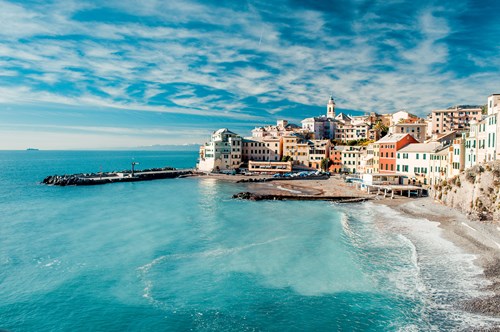 So you love attending IAFL meetings; getting to see old and dear friends in lovely settings.  You check the website for when meetings are scheduled and eagerly await the post that it is time to register. But do you have any idea what goes into the meeting planning?

A quick look at the events section on the IAFL website gives Fellows, and non-members, an idea of the meetings that have already begun to be planned.  In order to have a successful meeting, as much notice as possible should be given to potential attendees, so that time on everyone’s chaotic calendar can be blocked well in advance.  It is the expectation of the executive committee that when a President-Elect’s nomination is accepted, their first task is to suggest a location for the two annual meetings that will be held during their term.

Historically, the IAFL annual meetings have been held in September, while the USA/Canadian chapter and European chapter meetings have occurred earlier in the year, ideally with at least twelve weeks in between the three meetings.  Based on limited location options for the Chapters due to weather concerns, beginning in 2018, the IAFL European Chapter meeting will take place in September/October. The USA/Canadian and IAFL Annual meetings will then be alternating between January/February and May/June. Now with the possibility of an Asia/Pacific Chapter meeting dates may change again!

A lot of factors are considered when reviewing possible meeting locations, including affordability, ease of travel and uniqueness.  There is also a close review of past and pending meeting locations, so that a wide range of locations for meetings is provided to Fellows.  Special consideration is given to ensuring locations are in relative proximity to UNESCO World Heritage sites as these sites have been found to be especially interesting when determining social activities for our group.

One incredibly difficult factor to predict, but a very important one, is balancing the safety concerns of our attendees when the IAFL must confirm meeting locations so far in advance.  Many states issue travel warnings and alerts when it is felt that travelers should closely monitor the locations political or potential concerns of ongoing violence.  The IAFL takes its responsibility to its meeting attendees safety very seriously.  In 2014 the Annual Meeting was moved from Jerusalem to Budapest just months prior to the meeting’s occurrence based on reported concerns and travel warnings.

Once a location has been determined, the next step is to find an appropriate hotel (or hotels) and pick available dates.  A listing of significant holidays must be reviewed to avoid any conflicts.  Since 2010, we have consistently had over 110 attorneys attend the IAFL’s annual meeting.  In recent years our attendee numbers have exceeded 200, including guests.  Finding a hotel that can accommodate this many guests comfortably can be challenging, and having overflow hotels available has been necessary.

When planning meetings throughout the world, we have found that there is absolutely no conformity in hotel contracts.  Some hotels will charge for the use of smaller rooms for committee meetings, while other hotels will waive the venue rental charges with a contract for utilizing larger space and minimum food and beverage requirements.  And yes those cookies with coffee at the breaks do cost about $25 USD each!

One area that is consistent throughout any hotel contract is the necessity to estimate space and catering needs at the time the hotel is confirmed (likely at least two years prior to the conference) and a percentage of the estimated costs must be paid at the time the contract is signed.  This estimate can be incredibly difficult to determine.

While overestimating the number of sleeping rooms needed does not increase the initial estimate for catering charges for a deposit amount, there are usually restrictions on the number of changes that can be made to the agreement, and generally no changes can be made within at least sixty (60) days prior the start of the meeting. Because so much of the cost of the meeting is contained in the hotel contract, when fellows decide to stay elsewhere there is a large negative factor to the IAFL.

Ideally, information about making hotel reservations will be on the IAFL website at least 6-9 months before the meeting, so that the organizers can begin monitoring interest and, if necessary, modifying the hotel contract without penalty.  To help the IAFL continue with profitable and successful meetings, booking hotel reservations as soon as committed travel plans are made is most helpful.  In recent years, we have also had such a great turn out at meetings, that overflow hotels have become necessary.  Obviously, the earlier we are able to determine that a second hotel option should be made available to Fellows, the more locations there will be available.

While the IAFL’s Executive Director, Donna Goddard, has a wide range of responsibilities in her role within the organization, she is not a meeting planner.  With her variety of experience and exposure to potential problems that could occur during a meeting, we have a great resource to draw upon, however ultimate hotel and activity options are only determined by the event organizer and suggestions made by local agents in connection with event planners.  During an annual meeting, Donna’s role is to facilitate the executive committee meeting and annual general meeting to stay in line with the organization’s bylaws.

Do you wonder why the fees to attend these meetings are so high and why spouses and partners have to pay fees?  Typically, registration fees cover the cost of Welcome Reception, education meeting space, possible costs for non-IAFL speakers, group breakfasts (at certain hotels), and the cost for a meeting planner (if a meeting planner was necessary).  We often engage the services of a professional event planner to ensure the tours and other events are the best they can be.  We do try to obtain sponsorship to keep the costs down and will continue in those efforts.

We have also begun holding “mini-meetings” in various locations such as New York City, Berlin and Madrid, to name a few, to attract new and younger fellows.  These have been quite successful and generally pay for themselves, with the generosity of our fellows who travel to the sites to speak and meet potential fellows.