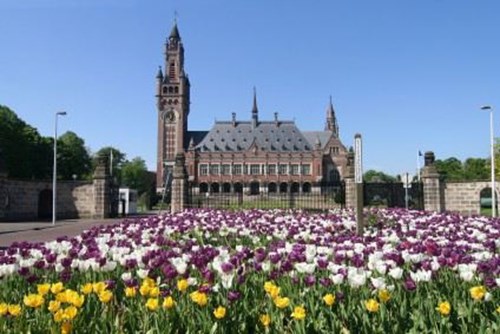 Fellows you may not realize this or appreciate the importance to us as an international organization but we have observer status at The Hague Conference. This means we can designate a fellow to attend Special commission meetings, working group meetings, HCCH conferences or any other such meeting for which the HCCH has sent an invitation to the IAFL. This year fellow Edwin Freedman (Israel) was the IAFL Observer and attended in this role the Seventh Special Commission on the Practical Operation of the 1980 and 1996 Hague Conventions, which was held from 10-17 October 2017 in The Hague. Edwin was accompanied by fellows Robert Arenstein (New York, USA), Lawrence Katz (Florida, USA), Fabiana Quaini (Argentina) and Suzanne Harris (California, USA). Ed has prepared a report to the fellows which can be found here.

We have also formalized our committees and have a specific committee to address all the relevant conventions chaired by Sandra L.A. Verburgt. Please find Sandra’s very enthusiastic report here.

Finally, through brilliant ideas and arduous work of fellow Suzanne Harris a foundation has been established in the United States, the U.S Friends of The Hague Conference Foundation. As President and Secretary of the foundation IAFL Fellow Suzanne Harris and tax counsel Marilyn Barrett attended the Special Commission on 1980 Child Abduction Convention at The Hague, Netherlands in October as invitees of HCCH. Suzanne and Marilyn attended plenary sessions and some working sessions re judicial communications. The U.S. Friends of The Hague Conference was formed in 2018 to raise private funding for HCCH projects and has received its IRS 501(c) (3) status in October 2018. Suzanne and Marilyn, by attending the Special Commission, could identify several vital projects needing financial support from private sources, notably the rejuvenation of INCADAT, the legal database on international child abduction law. We hope to hear more about this worthy project in Savannah.

When I first joined the IAFL I was alarmed to discover the U.S. State Department had never heard of us. I believe in the past 10 years we have more than remedied that situation and more. As ever we on the Board of Governors and Executive Committee see our most important job as giving value to fellows for their dues. I believe the role we now play at The Hague Conference along with the special conferences and symposiums, such as Brexit and ARTS, have significantly enhanced our role on the world stage and gives greater opportunity to fellows to play more significant roles in their own jurisdictions.