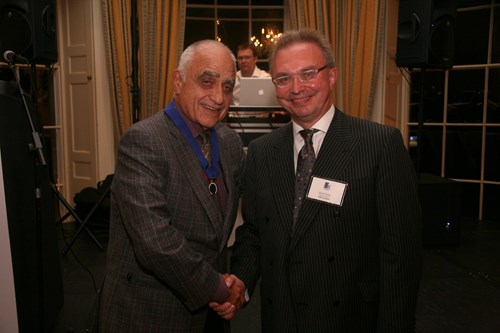 George Stern was presented with the International Academy of Matrimonial Lawyers (IAML) President’s Medal at the Academy’s 25th Anniversary meeting in Harrogate, England on September 10th 2011 in recognition of his work as Treasurer to the Academy from September 1991 until September 2011.

The President's medal is an annual award presented to an IAML Fellow or person outside of the Academy in recognition of significant contributions to the Academy or to international Family Law.