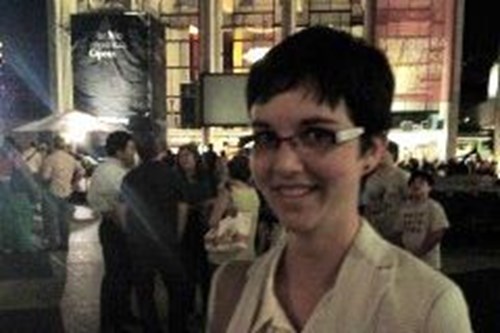 In the academic year 2011-2012, the International Academy of Matrimonial Lawyers (IAML) piloted an essay-writing competition with those studying family law at Pembroke College, Cambridge. The task was to produce an essay on any aspect of family law containing a comparative law element. To reflect the competition’s trans-jurisdictional slant, the prize was the opportunity to do an internship with an IAML-linked matrimonial firm anywhere in the world. I was fortunate enough to be able to participate, and my essay was the one selected. I decided on New York, and Aronson Mayefsky and Sloan LLP (AMS) kindly took me in for three weeks in August.

During my time at AMS, I was given a wide variety of work by everyone in the office, so I was able to experience a cross-section of what the firm does on a day-to-day basis. This included attending client meetings and negotiations, legal research, shadowing attorneys to court (both for regular and pro bono clients), proof-reading and cross-referencing legal documentation, interpretation of contracts, indexing sub-poenaed material and devising a new filing system for the documents relating to a particular case. Through all this, I was able to gain a gradual understanding of and familiarity with the type of work involved in matrimonial practice, with AMS’s own way of doing things, and with the New York legal system.

The exposure to New York was particularly interesting to someone with an English legal education, as the similarities between the two countries’ systems of law gave me a baseline understanding of concepts with which to start, but the differences were marked and frequent enough to render the New York system quite alien. I was particularly struck by the different approaches to the concept of matrimonial property, and the weight accorded to pre-nuptial agreements, as neither of these exists on particularly stable doctrinal footing in England. More generally, I was surprised (although perhaps I should not have been) at the election of judges, which is anathema to an English law student. Since the premise of the Studentship was fostering a greater comparative appreciation of matrimonial practice, the insights I gained were exactly in line with this aim of the competition.

Moreover, I feel that, despite any legal system’s specificity to its location, I learned a great deal about matrimonial practice as a whole, rather than just New York matrimonial practice. The issues created by a divorce – financial provision for both spouses, arrangements regarding the care of the children, and disentangling two people’s lives – are the same anywhere. The principal thing that changes is the toolbox of mechanisms by which a legal system (and through it, a society) created to address the issues. More importantly to lawyers, perhaps, is the fact that clients will have broadly similar concerns the world over, and the solutions created for them will vary in form but will pursue similar substantive purposes. As a result, my experiences are, in a sense, transferrable and will stand me in good stead in knowing what to expect in practice on this side of the Atlantic. The fact that I was able to assist with both high net-worth and pro bono clients was immensely helpful in broadening my understanding of the messy realities of matrimonial law.

This is especially useful considering how focused many careers advisers are on City firms, and how little students are exposed to the idea of a life in family law. I had previously done some work experience in corporate law and, though I enjoyed it, I had nothing to compare it to. As a result of my internship with AMS, a career in matrimonial law seems both far more accessible than it did before (since information makes everything seem less remote) and far more attractive. Not only did I enjoy the work I was doing, but everyone I met was kind and welcoming, going out of their way to make me feel comfortable thousands of miles from home, and genuinely devoted to their jobs. One explained to me that the rewards of practice itself were enough to make the long hours worth it, and another told me that they saw themselves as saving children. The frequent meetings with clients inherent in family work can only strengthen the emotional connection to a case, which is something I would rank highly when choosing a career.

Spending time with the attorneys gave me an idea of what the life of a top divorce lawyer is like on a daily basis, while sharing a space with some of the paralegals let me see the other side of the equation and appreciate the groundwork and the administration that underlies every case. Devising a new filing system for one case was a particularly vivid illustration of the sheer amount of organisational competence involved in every legal action. These two combined into what I believe was a very rounded picture – albeit of the work of a boutique firm.

Though this came well before I stepped off the plane in New York, the Studentship also taught me a great deal about the topic of my original essay (namely the appropriate forum for dealing with domestic violence), both through researching and writing it, and through discussing it with various people who had read it before even meeting me – not an experience I had ever had before. Producing an essay of that length and detail encourages academic engagement with its subject, which in turn fosters interest in the field in general. I may be biased due to my current status as a student, but I am a firm believer in the idea that intellectual interest in the processes and rationales of law is important for its practice.

I would like to finish my account with a quick explanation of why I believe that the IAML would benefit from continuing – and even expanding – the studentship. The Academy can only benefit from increased exposure of young people in top universities to family practice. Because of the assumption that law graduates will, almost as a natural progression, become corporate lawyers, family law gets little air-time at careers events and is often dismissed as a ‘soft option’. Although this perception is changing in the real world, it seems to still be remarkably prevalent at university. The best way to dispel it is to prove otherwise by the most direct means possible, namely by thrusting a student right into the heart of leading matrimonial practice. Like Thomas, we believe that which we can actually experience, and my time in New York would convince even the most sceptical of the challenging nature of matrimonial work and the intellectual creativity driving it forwards.