Rowing back from the Neulinger brink? 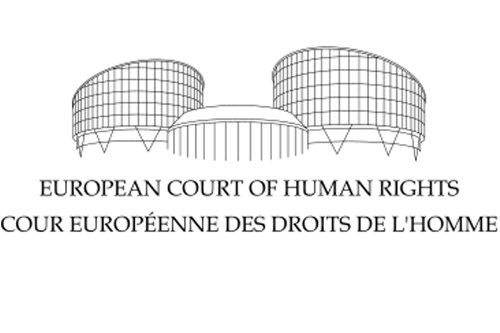 'Neither a Neulinger nor a Shuruk be' Polonius might well have said to Laertes. Certainly it seems the Grand Chamber of the European Court of Human Rights has heeded his advice to 'take each man's censure, but reserve thy judgment.'

By the narrowest of margins - nine votes to eight – in their judgment released yesterday the Grand Chamber has determined in X v Latvia that there was indeed in the circumstances of this case a violation of Article 8 of the European Convention on Human Rights (ECHR, formerly known as the Convention for the Protection of Human Rights and Fundamental Freedoms).

On a swift first reading the judgment does however row back from the extreme (and extremely concerning) position previously and most notoriously adopted in Neulinger and Shuruk v. Switzerland.

Amongst many observations of interest, this shift demonstrates a degree of realignment with the historically internationally well-accepted emphasis in Hague Child Abduction caselaw on robust and speedy restoration of a wrongfully removed or retained child to his or her country of habitual residence, for disputed issues concerning the child's welfare there to be litigated in the most appropriate court. Unless, of course, one of the exceptions established by the Hague Convention is made out.

The Joint Dissenting Opinion of the eight minority (just) Judges also bears close examination. But the passages which struck me as key in the majority judgement are set out below:

'35.  ... The philosophy of the Hague Convention is to fight against the multiplication of international abductions, based always on a wish to protect children by acting as interpreter of their real interests. Accordingly, the objective of prevention and immediate return corresponds to a specific conception of ''the child’s best interests''. However, as the child's removal may be justified for objective reasons which have to do either with his or her person, or with the environment with which he or she is most closely connected, the Convention allows for certain exceptions to the general obligations on the States to ensure an immediate return (§ 25).

95.  The decisive issue is whether the fair balance that must exist between the competing interests at stake – those of the child, of the two parents, and of public order – has been struck, within the margin of appreciation afforded to States in such matters (see Maumousseau and Washington, cited above, § 62), taking into account, however, that the best interests of the child must be of primary consideration and that the objectives of prevention and immediate return correspond to a specific conception of ''the best interests of the child'' (see paragraph 35 above).

104.  … the Court observes that the Grand Chamber judgment in the case of Neulinger and Shuruk (cited above, § 139) to which a number of subsequent judgments referred (see, inter alia, Raban v. Romania, no. 25437/08, § 28, 26 October 2010; Šneersone and Kampanella, cited above, § 85; and, more recently, the decision in M.R. and L.R., cited above, § 37) may and has indeed been read as suggesting that the domestic courts were required to conduct an in-depth examination of the entire family situation and of a whole series of factors. That wording had already been used by a Chamber in the case of Maumousseau and Washington (cited above, § 74), such an in-depth examination having, in fact, been carried out by the national courts.

105.  Against this background the Court considers it opportune to clarify that its finding in paragraph 139 of the Neulinger and Shuruk judgment does not in itself set out any principle for the application of the Hague Convention by the domestic courts.

106.  The Court considers that a harmonious interpretation of the European Convention and the Hague Convention (see paragraph 94 above) can be achieved provided that the following two conditions are observed. Firstly, the factors capable of constituting an exception to the child's immediate return in application of Articles 12, 13 and 20 of the said Convention, particularly where they are raised by one of the parties to the proceedings, must genuinely be taken into account by the requested court. That court must then make a decision that is sufficiently reasoned on this point, in order to enable the Court to verify that those questions have been effectively examined. Secondly, these factors must be evaluated in the light of Article 8 of the Convention (see Neulinger and Shuruk, cited above, § 133).

107.  In consequence, the Court considers that Article 8 of the Convention imposes on the domestic authorities a particular procedural obligation in this respect: when assessing an application for a child’s return, the courts must not only consider arguable allegations of a ''grave risk'' for the child in the event of return, but must also make a ruling giving specific reasons in the light of the circumstances of the case. Both a refusal to take account of objections to the return capable of falling within the scope of Articles 12, 13 and 20 of the Hague Convention and insufficient reasoning in the ruling dismissing such objections would be contrary to the requirements of Article 8 of the Convention and also to the aim and purpose of the Hague Convention. Due consideration of such allegations, demonstrated by reasoning of the domestic courts that is not automatic and stereotyped, but sufficiently detailed in the light of the exceptions set out in the Hague Convention, which must be interpreted strictly (see Maumousseau and Washington, cited above, § 73), is necessary. This will also enable the Court, whose task is not to take the place of the national courts, to carry out the European supervision entrusted to it.

108.  Furthermore, as the Preamble to the Hague Convention provides for children’s return ''to the State of their habitual residence'', the courts must satisfy themselves that adequate safeguards are convincingly provided in that country, and, in the event of a known risk, that tangible protection measures are put in place.'