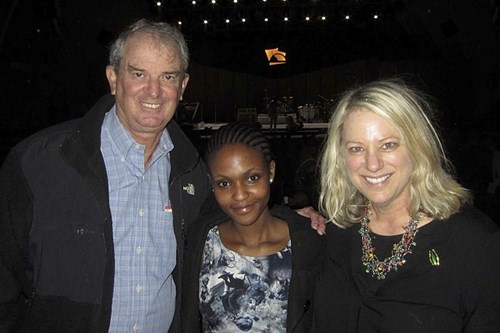 Over the June School break, I was afforded the opportunity to travel to the United States for a 3 week internship at the Kolodny Law Group in Beverly Hills, California. I arrived on Saturday the 21st of June to start work on the 23rd. On Monday I began orientation at the firm and was introduced to the entire staff while I found my bearings. I was also given an office to serve as my workspace for the duration of my stay.

I participated in a number of matters:

Despite a full program with extensive exposure to a wide array of law, I learned the most in my conversations with Mr Glucksman. It was invaluable to have unlimited access to his insights as a seasoned lawyer and one of the most senior and respected partners of a prestigious firm. Despite having an extremely busy schedule of his own, he was always available to answer my questions and reflect on every central issue of the cases with which we dealt. He was a great teacher and mentor and his genuine interest and appreciation in my input gave me the confidence to express my ideas freely, ask many questions, and enjoy the full benefit of the experience.

The trip also included a very full program of tourist sights and cultural exchange! Mr and Mrs Glucksman were very gracious hosts as I was not only welcomed into the ‘Glucksman clan’ but they also devised a full schedule of sightseeing activities. I got the opportunity to meet almost all the members of their large and beautiful family, and also learned a lot about the Jewish culture and religion.

The countless array of activities began from the first week and included: a long bike ride on the Santa Monica Pier followed by box seats at the Hollywood Bowl where I had the once-in-a-lifetime experience of seeing Stevie Wonder perform on stage. The Walt Disney Concert Hall, Universal Studios, Mexican-American historic landmarks, a Dodger’s baseball game (where I got my first bobblehead), The Anne Frank Museum of Tolerance and Union Station were just some of the tourist attractions we saw in the first week.

In the second week, I attended a party at the Pacific Palisades at which the legal elite of California were in attendance. One of the firm’s paralegals arranged for her brother, who is the producer/ director of CSI, to give us an exclusive tour of the set. We spent the fourth of July weekend (which coincidentally, was my birthday) with friends of the Glucksmans in San Francisco. The weekend was very festive and though I missed home, both the Freemans and the Glucksmans went out of their way to make me feel comfortable and keep my spirits high. This trip included a ferry ride, lots of shopping, and I got to see the world’s second longest fourth of July parade. This trip ended with a drive through the vast and magnificent Yosemite Valley.

The highlights of the third week included a trip to Disneyland and California Adventure for roller-coasters (an activity in which both the Glucksmans fully participated!) before we drove to San Diego. Here we visited San Diego’s Harbour, Belmont Park and the San Diego Zoo before making our way back home and thus completing my trip.

Throughout the trip, I enthusiastically sampled both American food and culture including the hotdog, the pizza, the burrito, as well as the show ‘Jeopardy’. Despite all the travelling, and in between regular communications updating my parents back in South Africa on our exploits, Mr Glucksman still made the time to indulge my requests to see the law schools of Stanford University, UC Berkeley and UCLA.

A recommendation I have for the program itself is that it may be worthwhile to adjust the internship period from three weeks to two. Though I thoroughly enjoyed every moment of my stay, interns in future may not be fortunate enough to be placed with a family as enthusiastic about sightseeing or as energetic as the Glucksmans.  Three weeks may run the risk of over-burdening host families and I do believe a similar degree of benefit can be derived from a two-week program.

I would like to express my deepest gratitude, first, to the Glucksmans. They showed me great kindness by opening both their home and their hearts to me throughout my stay. They went out of their way to make sure that I was not only comfortable, but also that I got the full experience of American law, culture and American people. My stay with them far exceeded my expectations and both I and my family will forever be grateful. Also, I would like to thank the Academy. The importance of this opportunity cannot be overstated—not only because of the legal learning experience, but also because it provides for a cultural and intellectual exchange that bridges the gap between people from different nations. Finally, I’d like to thank everyone who helped facilitate the administrative aspect of my trip—especially Pauline Alexander. A lot of work went into making the trip a success.