Covid-19 and Surrogacy Down Under 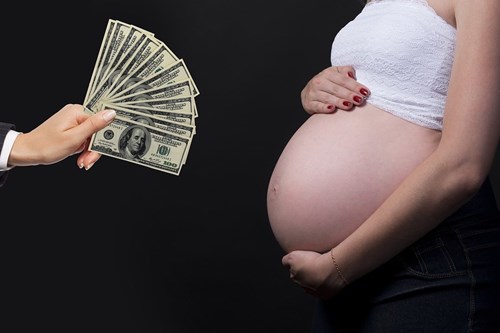 Fellows Margaret Casey QC and Stephen Page report on issues resulting from Covid-19 relating to surrogacy in New Zealand and Australia and how these issues are being managed.

In New Zealand a new protocol has emerged during the Covid-19 environment. This is New Zealand’s solution to an emerging issue for intended parents of international surrogacy cases. Many parents are having difficulty accessing travel documents from the country of birth if they are intended parents from a jurisdiction who do not recognise their child’s citizenship based on the genetic link. New Zealand is one such country who has a protocol for international surrogacy and transfer of parentage that involves the grant of a special visitor visa for children born overseas. The expectation is that they will use the passport from the country of birth to travel back to New Zealand where they will undertake a customised adoption process to enable their child to be adopted under New Zealand law. New Zealand citizenship and the right to a passport will follow once the adoption order is made.

New Zealand couples, like many parents who undertake their surrogacy in the US, have experienced delays in obtain their US passports. This has prevented travel back to their home country and caused anxiety over issues such as visa entitlement, insurance challenges as well as the risk of negotiating life in a State where Covid-19 may be rife.

At Margaret Casey's suggestion and having trialled it with one case, earlier in April when she anticipated it would be a one-off situation, the Principal Family Court Judge alerted to the issue has accepted there needed to be a new method of dealing with these cases. What is now going to happen (and has already happened in fact this week) is that the Court will undertake the adoption hearing while the parties are offshore. The parents already have a pre-existing relationship with the social worker who provides the Court with an updated report having met with the parties via Zoom post birth. Submissions are filed in the Court and urgently allocates a hearing to consider the adoption application.

In both cases this week the Court has allocated a hearing within 3 days of the application being filed and Orders have been made, registered with Births, Deaths and Marriages and passports available within 24 hours to be sent to parents in the US.

It is only a protocol in place until March 2021, but it is a good news story and a great example of collaboration between bench and bar and relevant Government agencies to recognise the importance of the children and the families affected by this pandemic in a specific way.

Stephen Page reports that matters continue to be very difficult for Australians going abroad for surrogacy:

Not surprisingly, some of Stephen's clients have been quite traumatised by the whole process and extra costs. He is concerned about long term damage to their relationships and adverse impacts to the children concerned as a result.