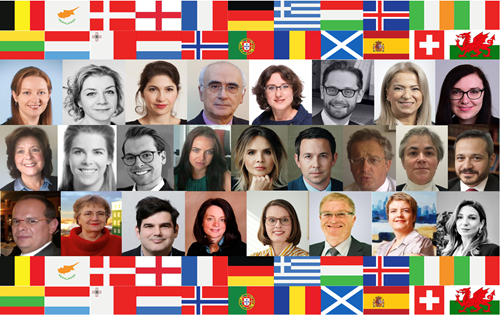 Rachael Kelsey, IAFL European Chapter President, shares an important piece of work that many of IAFL Fellows have been involved in, in relation to the Lugano Convention.

"The UK is no longer a party to the Lugano Convention and there is uncertainty about whether it will be able to re-join. The unanimous view of the people from 22 different jurisdictions across Europe who participated in this work (from EU member states, Switzerland, Norway, Iceland and the UK nations) was that the UK should be permitted to accede. After decades of facilitating ease of movement across borders, as family lawyers we believe that we need to work together to support the families created, and put politics aside to facilitate the best possible arrangements to protect those families (which include, as of today’s date, more than 5.6m EU nationals living in the UK who have applied for settled status).

We set out to create a paper that captured the implications for families across Europe of the UK no longer being a party to the Convention. Frankly, I had not anticipated that there would be unanimity that the UK should be permitted to re-join, let alone that there would be such support for it. So, from a piece of work that I thought of as an educational tool for our fellows, it has become more of a cri de coeur to those in power (see below for more information about the current state of play).

In these circumstances if you feel able to support the conclusions we have reached, and are in a position to circulate the paper to any contacts you have in professional associations, government or the media in your own jurisdictions, please do! If you would like us to send the paper to anyone and copy you in, just let Ali Massey (IAFL Associate Director) or me know (via ali.massey@iafl.com or Rachael.Kelsey@sko-family.co.uk) and we will arrange to do so. Finally, if you are willing to put your name to the paper too, again, let Ali or me know and we will add your name as someone who endorses the paper (and keep the version available online updated).

And, finally, finally- you will see that the paper was written by Eleri Jones, barrister, who you will all know as a past winner of the IAFL European Chapter Young Lawyers Award. Both personally, and on behalf of our Chapter, I extend my very great thanks to her for all her work on this. Without her input this project would not have happened. Equally, without the significant work of the other 20 colleagues who are named in the paper- people who come from within our own fellowship and beyond- the paper would be a shadow of what it now is. Thank you."

CURRENT POSITION: The UK applied to accede to the Lugano Convention in April 2020. The contracting states other than the EU and Denmark (Iceland, Norway and Switzerland) have all consented to the UK’s accession. It has been reported that the European Commission has, last week, sent a Note Verbale to the Swiss Depositary, as the administrative body which deals with the administration of the Lugano Convention stating that it is ‘not in a position to give its consent to invite the UK to accede to the Lugano Convention’. The ultimate decision by the EU is one for the member states, in Council, acting by qualifies majority vote. It is unclear what the next steps will be.